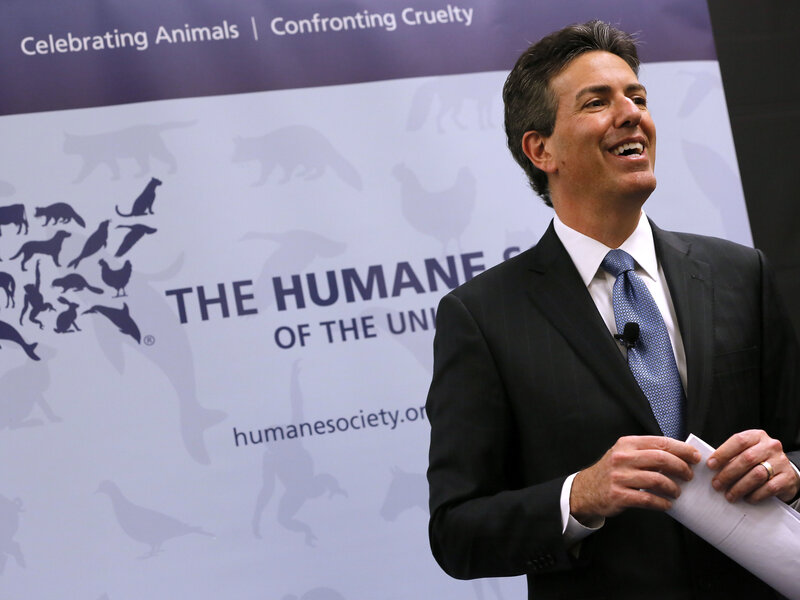 Wayne Pacelle, former CEO of the Humane Society of the United States, at a 2015 news conference. Pacelle resigned Friday.

The president and CEO of the Humane Society of the United States, Wayne Pacelle, has resigned effective immediately, the nonprofit group announced Friday.

Pacelle had been at the center of a controversy over allegations that he had sexually harassed three female subordinates at the Humane Society, one of the country’s largest animal charities.

The move came a day after the group’s board of directors had voted to keep Pacelle despite the allegations dating to 2005.

In a statement, Humane Society Board Chair Rick Bernthal said:

“The last few days have been very hard for our entire family of staff and supporters. We are profoundly grateful for Wayne’s unparalleled level of accomplishments and service to the…